You are here: Home / Taurus / Traits of a Taurus Woman 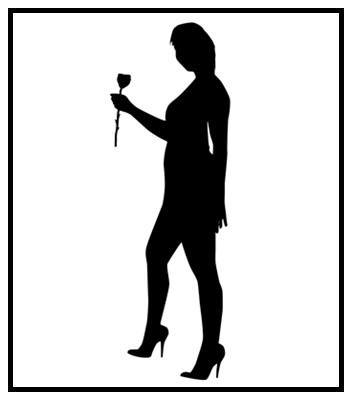 The Traits of a Taurus woman are not much different than those of a Taurus man – however, there are some characteristics that do stand out that can be helpful to know when trying to gain insight about and understand a female Taurus.

Those born between April 20th and May 20th usually share some very common characteristics. Taurus women are often sometimes considered to be “the kind of girl you’d want to meet your mother and marry” because they possess a lot of good qualities that make for excellent friends and mates.

Taurus girls are strong – emotionally and often times physically as well. She can work diligently on a project and won’t stop until it’s finished. They can go through all types of situations and circumstances, and it’s unlikely they’ll complain much, if at all.

Sometimes they don’t understand that others are not as strong as they are, and this can frustrate them. While they can be extremely patient, it can bother them if someone complains about something, because they don’t understand why they think it may seem hard. For this reason, it may seem like they are unsympathetic, but that’s not the case – they are just so strong they forget that most people are not that strong naturally.

Since they are very practical in nature, they don’t usually let emotions control them or play a big role in making decisions, since they prefer to stick to the things they can see and feel. They aren’t materialistic so to say – but they very much so view the world in ‘tangibles’ – things you can touch terms.

A Taurus woman likes to indulge in practical luxuries, but she does not like things that are so extravagant that they are wasteful. For example, she might enjoy a really good meal or dessert, since food is a necessity. But she’s not going to appreciate spending thousands of dollars on a piece of jewelry that would sit in a drawer unused. She can sometimes seem pretty frugal, but this is just because she doesn’t like to see things go to waste.

Taurus is often thought as stubborn and to have a bad temper, but these are things you will only see when provoked. They like their routines and to stick to the things they know, so they don’t welcome change very well. When you change things, this could lead them to being stubborn, since they probably were already content with the way things were.

Their tempers will only show when they are angered a good deal – most of the time, because of their emotional strength, they’d prefer to just ignore it and pretend like it never happened. However, once in awhile, things do get bottled up – and when that happens, they are more likely to eventually explode.

Taurus women usually have a variety of different interests. She may like things typical to women’s interests like cooking, sewing, shopping, reading, and art projects, but don’t be surprised if she also likes things like football, hockey, or spending a weekend outdoors drinking beer.

Loyalty and being true to yourself is very important to her. She does not like people who are artificial or try to put on a front. She has no tolerance for lying or dishonesty. If you are dating a Taurus female, it’s very important that you are completely faithful to her, as well as taking care to show her that you are loyal and you have no secrets from her. Doing anything to break this trust could cause her to hold a grudge against you forever. While the Taurus can forgive, they are not ones to forget.

Taurus signs are generally very vocally gifted, so she may very likely be a good singer. You may hear her singing in the shower, in the car, or it is likely she will be involved with a choir, or she may even be performing professionally.

In relationships, she will be very caring, supportive, and loyal. A Taurus woman is not one you will need to worry about leaving alone in a room full of men – when she selects a mate, though it takes a while, she is usually happy with him for life as long as nothing is done to break their bond of trust and loyalty. She can sometimes be a bit possessive – but she is not jealous or controlling.

Show Your Affection to Her

If in a relationship with a Taurus female, it is important that you constantly show your affection and devotion. Since they are the “seeing is believing” type, they will not be content with just words. You need to show her that you care and love her, whether it be you washing the dishes for her to doing something romantic like surprising her with flowers or taking her somewhere nice to eat.

Have any thoughts on the traits of a Taurus woman? Are there any characteristics we may have overlooked? Share your thoughts in the comment below.