You are here: Home / Aries / How Can You Win The Heart of an Aries Man? 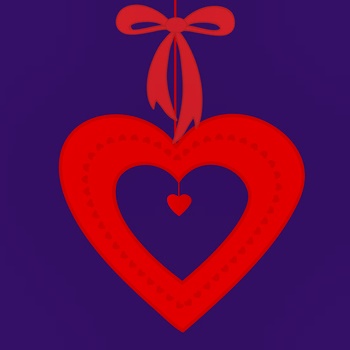 Many people wonder what the secret is to winning the heart of an Aries man. What can you do to make him fall in love with you? Since Aries men are very often so charming and attractive, it is not surprising that so many people would like to have that type of person in their life.

However, before you even think about winning one over, you need to first make sure that it is a good idea to even put in the effort to do so, because it usually will take a lot of effort, especially if you are not a sign that is compatible with Aries.

Aries men tend to be charging ahead in life, and they tend to like to take the lead in nearly everything they do. They can be easily distracted and sometimes impulsive, as well as selfish at times as well.

This isn’t to say there aren’t any good qualities about Aries – they can have almost magnetic personalities, often have a good sense of humor, and are very adventurous and courageous. However, it’s important to realize than any relationship with an Aries man is going to require a lot of effort on your part to keep it together – otherwise you may risk it all for nothing.

Aries men do not typically feel jealous, so that is a good sign. However, if you’re the jealous type, it’s going to be very difficult for you to deal with his popularity, since he will always be making new friends, and you’ll likely have reason to be concerned around those of the opposite sex, since Aries can often be impulsive and do not think before they act.

Even if they deeply love their mate and never want to hurt them, it’s still possible for them to be the type who gets “caught up in a moment” that could lead to cheating or infidelity. They also bore easily – so if things become too routine for them, it’s likely not going to work.


Be True to Yourself

So what can you do to win over the heart of an Aries man? Well, the first step is to be true to yourself. An Aries will see through your false pretenses – and it won’t impress him one bit.

If you haven’t met him yet formally, it can be hard to get his attention at first. They like a bit of a chase, and so if you’re standing there with a sign that says “Please Date Me”, that’s not going to attract him as much as catching you from the corner of your eye and seeing you talking with other people.

Playing hard to get is the most popular tactic for getting him interested in you – these men always love a challenge, as they are courageous and adventurous in love. The less available you are, the more likely he will be interested.

Your Aries man likes to have some control and to be in charge, even though he may not express that outwardly. This can be very hard for some signs to cope with, especially if you yourself are the controlling type – and it is nearly impossible to control an Aries as they can be stubborn and will leave if you try to impose on them rules they don’t agree with.

This doesn’t mean your opinions aren’t important or that you can’t ever decide on anything, but you’ll need to know how to deal with this appropriately and to expect that he is not going to do much for you, as they also tend to be a bit on the selfish side. Giving him choices you approve of and allowing him the ability to have the final say is one technique that will work so that you both get what you want.

There seem to be disagreeing opinions on whether Aries wants his mate to be assertive and independent or to be more submissive and agreeing. Either way can work, but it greatly depends on his own personality and social status. Because they like to be in control, it’s usually best if you are not trying to control them. But, you have to keep in mind that you don’t want to lose yourself in order to just make him happy.

If you want your Aries man to love you and be faithful to you, you’re going to need to work on a good emotional connection, keep things interesting always, stroke his ego, and tackle on big dreams and projects together – so the challenges aren’t your relationships, but rather making your dreams become a reality.

Have any advice on winning the heart of an Aries man? Share them in the comments below.